Spain is situated in the south west of Europe and it has a modern democratic Royal Household. Castilian/Spanish is the nation's official language. There are also officially-recognised languages in the following Autonomous Regions: Catalonia, Galicia, the Basque Country, Valencia and the Balearic Islands (where they speak a particular variety of Catalan). We love Barcelona and Jan as a soccer fan loves the Camp Nou in Barcelona. 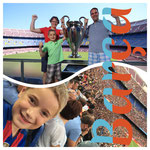 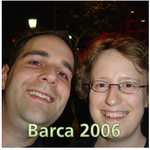